"Beep, Boop, Beep, Take Me to Your Leader"

Alien robots no-more, electric vehicles are commonplace with every major car manufacturer offering a fully electric or hybrid vehicle. Improvements to batteries and charging systems are making fully electric vehicles more practical and electric conversions more common. The release of the Rivian marks a major step in the integration of electric vehicles in the outdoor and overland markets. We pulled together some individuals and companies driving the overland EV movement in addition to benefits that EV's have to offer in off-road applications 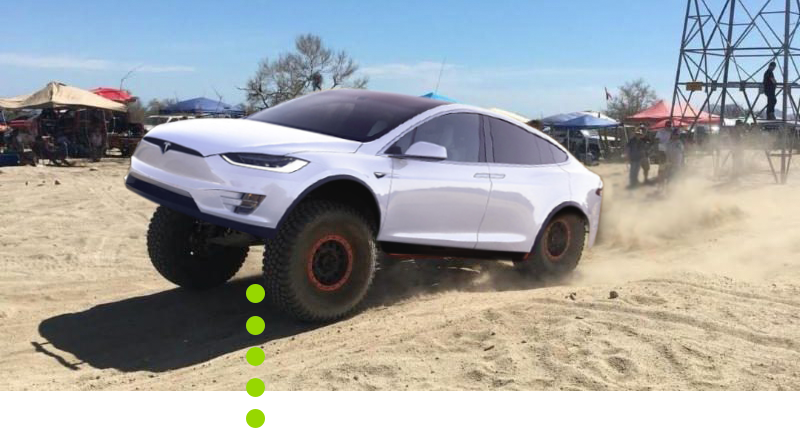 EV's have already gained notoriety for their ability to provide instant torque on the track. High torque at low speeds is also essential for serious off-road navigating. Many electric vehicles feature motors at each axel, or a motor at every wheel. This enables pinpoint accurate all-wheel drive without the need for differential systems which also means better ground clearance. Looking towards the future of overlanding, mobile, efficient PV charging stations could allow endless range. Just set out the panels, charge up, have lunch, and be on your way. Electrifying! 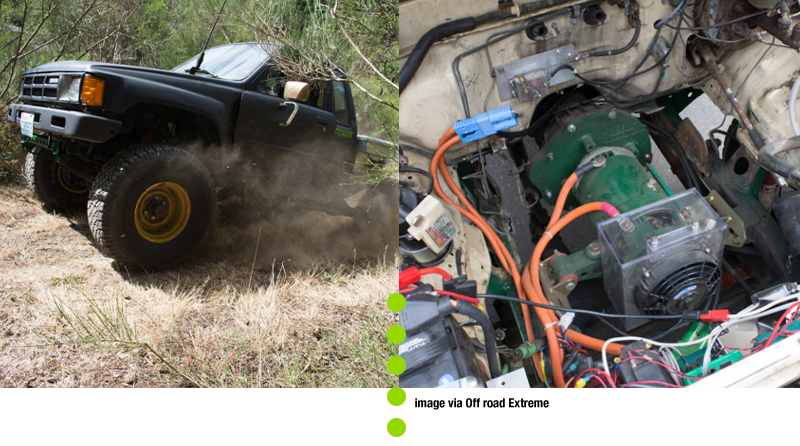 Part grease monkey, part mad scientist, electric conversion enthusiasts have been converting their own off-road vehicles for years. Rich Rudman, a PNW local and CEO/Owner of Manzanita Micro Power Systems has converted his 1984 Toyota Extra-Cab into an electric off-road rig using the batteries from a Nissan Leaf. Utilizing an 8" DC motor in combination with his 2000 amp controller, Rich is able to achieve a shocking (get it?) 200 lb-ft of torque. 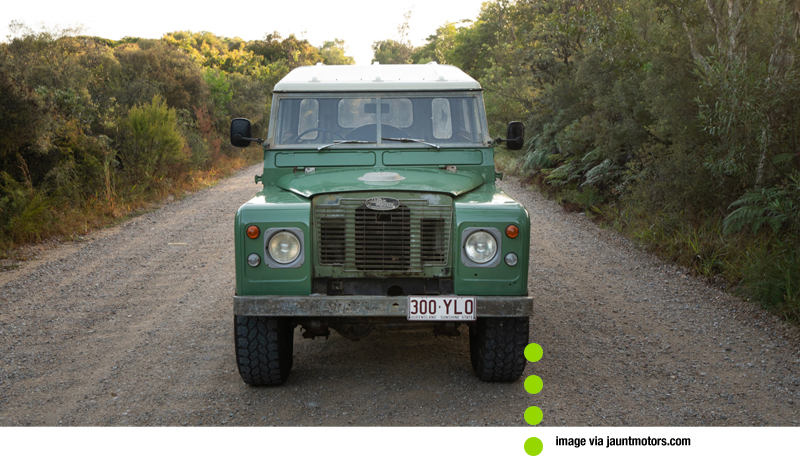 JAUNT - CLASSIC CRUISERS WITH A TWIST

Jaunt is a start-up based in Melbourne who's goal is to outfit a fleet of classic vehicles with electric engines and rent them as weekend or day trip adventure vehicles. Australia is know for its 4x4 culture where Cruisers and Rovers are a common sight. So far they've only converted one vehicle, a 1971 Land Rover Series 2a called Juniper. 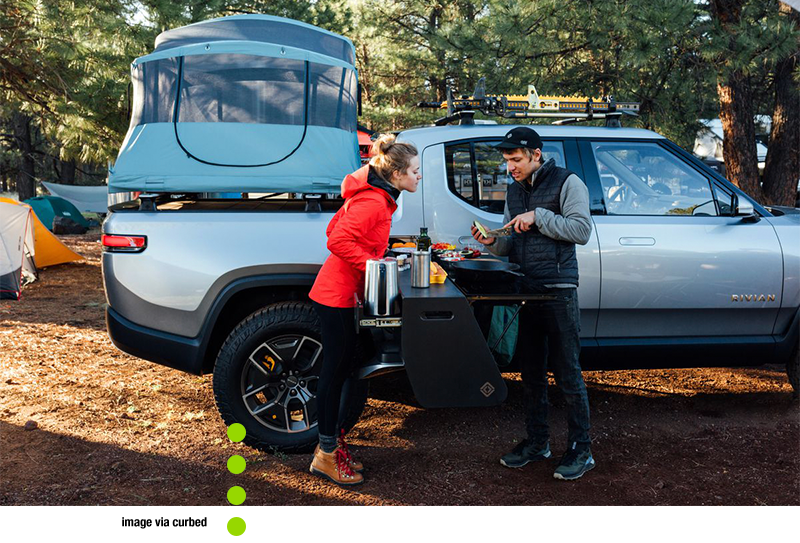 Purpose-built for enjoying the outdoors, the Rivian is the epitome of electric overlanding...at the moment. The overland version, unveiled at Overland Expo West 2019, features a prototype camp cooking system that was kitted out with cooking and food prep gear for the show. The bed also features a modular system wherein customers can choose a variety of bed options to suit their needs.

Placing everything below the wheels frees up storage space above and also gives the Rivian a very low center of gravity. Featuring four motors, hydraulic roll control and thermal systems, and Foam Cell Pro suspension (just kidding, but it should), the Rivian has a range of up to 400 miles and boasts superior handling. In summary, more storage space for fun stuff, more power and torque, improved handling without being limited in range. Now that's something to get charged up about.